After more than a year of impetuous development, iBeacon finally swayed in the media with the help of WeChat. As a senior practitioner of the iBeacon circle, the author is very concerned about this incident, and chats with industry peers and partners. Everyone is optimistic and some wait and see. For a time, everyone is guessing what kind of situation will be formed in the final iBeacon?

Is it good for iBeacon to open the channel around WeChat?

WeChat better solved the big problem of iBeacon in promotion. iBeacon is a development protocol based on APP application layer awareness and triggering, so there must be an application to support the display and pop-up of information. For many large groups, such as commercial complexes or large state-owned banks, before they have developed APPs, promoted users, and have sufficient capacity to continue to expand their user base, they will choose to place iBeacon on a separate client. 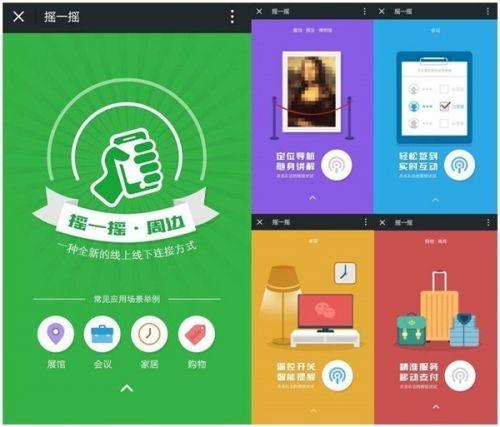 For most application scenarios, developing an app (more specifically, promoting an app) has become a difficult point to limit the large-scale use of iBeacon. WeChat has hundreds of millions of users to ensure that iBeacon can be used without barriers. In addition, iBeacon's application in new media advertising marketing needs such an APP with a large user volume to support it. So from this point of view, WeChat helped iBeacon to complete the promotion and promotion in China, so that more traditional industry people can take the initiative to understand what benefits this application can bring to themselves, and the help of WeChat has been achieved.

How will the iBeacon ecosystem evolve?

In a previous article, I discussed the composition of the iBeacon ecosystem. Currently, the company that develops and promotes iBeacon, except for one state-owned enterprise in the industry, is mostly a small startup team. For each small entrepreneurial team, many abandoned the idea of â€‹â€‹doing the developer model before, and turned to the WeChat embrace, which needs to be repositioned. At present, there are several roles of equipment manufacturers, commercial operators and agents all over the country, and there are also some.

(1) Generally speaking, equipment manufacturers have great advantages in the integration, stability and security of hardware systems. There are many foundries that do not have brand guarantees, and many of them have problems with unstable battery transmission power, insufficient power, and lack of security encryption. At present, the retail price of iBeacon is at least 30 yuan, and the highest is 100 yuan. In a sense, equipment manufacturers that provide security, stability, low prices and perfect services are the foundation and guarantee for the development of the entire industry.

(2) Commercial operators are one of the most important aspects of applying iBeacon equipment to offline entities. Whether it is cooperation with WeChat, Ali or independently developed APP, many operators in this segment are deeply immersed in the segmentation field. For example, the author has learned the in-depth development and application teams in the fields of catering and tourism. The industry segmentation will enable Beacon to produce and apply practical solutions, and will do more in-depth and accurate solutions for industry customers.

(3) The agent should strictly be the sales agent of iBeacon equipment. However, for many developers and channel providers who have wired resources, creating their own regional or industry iBeacon service platform will bring more Benefits, the profit from the equipment is limited, if you can provide iBeacon follow-up operation and maintenance services will have a clear business model.

Will the WeChat team continue to do it on the perimeter?

From the end of 2014, WeChat officially released the â€œshake the surroundingâ€ business. At that time, many WeChat third-party platforms began to have high hopes for iBeacon, hoping to rely on hardware smart devices to increase the benefits of traditional software development services, but WeChat follow-up seems to No more chasing after the pursuit, until March in the public account of the surrounding team to continue to send text to find the application of iBeacon store, this move seems to make people in the iBeacon ecosystem see hope. In response to this problem, the author especially communicated with insiders of WeChat, and is still continuing to develop related services around the company. It is only because of the large number of merchants under the WeChat line, how can I be better than iBeacon, and the planning of these business models will take some time. It is expected that there will be official online news in April or May.

At present, the surrounding platforms are independent of the WeChat public platform (mp). This may involve the rights of the client account for developers. WeChat also said that it will soon come out with permission authorization measures for the surrounding platforms. In view of the current problem of how to continue to apply for only 20 test numbers, WeChat currently adopts the method of rolling and increasing the application. When 50% of the devices are activated, the new device ID can be applied again, but the top is not capped. This not only ensures that the UUID is not wasted, but also solves the problem of using the device in large quantities.

For the question of how WeChat will cooperate with iBeacon equipment vendors and service providers, WeChat is currently relatively neutral, and conducts access testing on the hardware of the equipment provider to provide information for neighboring users, but does not represent WeChat's authorization or any recommendation.

In addition to WeChat, other giants may become the new home of iBeacon?

Although you haven't seen any clear news yet, BAT has already prepared for iBeacon, and it's only a matter of moments. Applying iBeacon with a client with an existing user base is a very clever way: for mature applications, it is an innovation to upgrade the mobile Internet to the Internet of Things; for merchants, in the original user group, content and promotion effect Continue to borrow iBeacon to receive more obvious benefits.

Many people regard iBeacon as only a smart hardware device. Some people think that iBeacon is used for indoor positioning, and some people think that it can push information. As more and more people understand iBeacon, it is very necessary to give iBeacon a positioning. In fact, it is relatively limited and one-sided, and did not understand the original intention of Apple originally designed iBeacon.

In my opinion, iBeacon will build an "Internet of Things micro-network", which, like a beacon tower, will mark various geographical locations (this location is more subtle than GPS). They will form a dense "Beacon network" in a room, a building, an attraction, or even a city. While the Beacon network collects data streams into the cloud through various APPs in the application layer, the APP uses the Beacon network to push context-related prompts and services related to its own business based on the location, and provides users with more data through the cloud big data. Accurate service, so that the "Internet +" online fusion line mode is really opened.

Small Pixel P2 Indoor Led Display, which include functions like High Resolution, High Refresh, High Definition. We Jongsun LED as specialized manufacturer, which focusing on the research and development, production, sales and engineering services of terminal P2 LED Displays. We have the perfectly after-sales and 7x24hours technical support. Looking forward your cooperation!