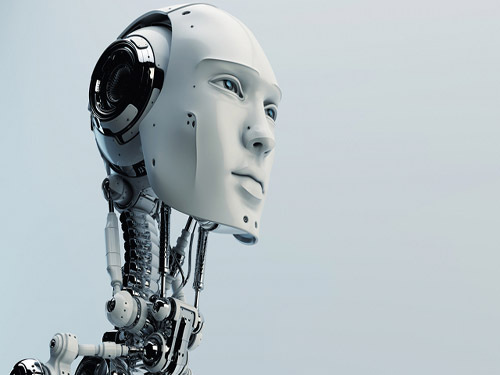 After the United States, the European Union, and Japan launched the large-scale brain plan, the Chinese brain plan is also in place. Artificial intelligence research closely related to brain science is in an unparalleled golden opportunity period. Recently, the reporter learned from the "Brain Information and Artificial Intelligence" Oriental Technology Forum that the Shanghai Municipal Science and Technology Commission will take the lead in launching the "Artificial Intelligence Based Brain Science" project this year to organize scientific research personnel to carry out application-industry-oriented collaborative innovation. With a view to taking the initiative in a new wave of science and technology.
"Deep learning" warms brain research
Even if the robotic arm swings numerous times, it does not understand the meaning of each lift. However, if the robotic arm has a "brain" and enough people carry the video input of the object, it may realize something. Four years ago, American researchers imported a large amount of information into the "Google brain" - a network of 1,000 computers, trying to make it absorb the information of the world like a toddler. After 3 days, it can already tell what is a cat.
This robot, called "deep learning", inspired the spirit of artificial intelligence researchers. â€œThe â€œdeep learningâ€ of brain-like artificial intelligence is the most powerful innovation since the industrial revolution in mankind.â€ Xu Tian, â€‹â€‹Director of the Institute of Developmental Biology and Molecular Medicine at Fudan University and deputy director of the Department of Genetics at Yale University, said using computer architecture to simulate The way the optic nerve cells are constructed so that they capture and process information like the eyes is the key to the success of the Google Brain. He intends to use this kind of computer â€œbuildâ€ to simulate other human organs and may be able to create a different image recognition. Artificial intelligence comes new way.
Deep learning technology is rapidly being promoted to the Internet, financial investment, medical diagnostics, automotive autopilot, and public safety. Xu Tian told reporters that in Zhangjiang Yaogu, a pharmaceutical technology that uses "deep learning" -- letting robots search for new applications matching them in huge data -- let old drugs find new places to use. In two years, there have been two new drugs that have once again entered the clinical validation phase due to the discovery of new uses. According to traditional practice, such a discovery may take 20 years.
Brain science research boosts artificial intelligence
It is easy for people to understand this kind of â€œdeep learningâ€ as â€œworking like the brain.â€ The person in charge of the artificial intelligence on Facebook, who has a deep understanding of the project, clarified this misunderstanding. He said that "deep learning" is still far from the simulated brain. This robot is at best "learning to describe the world."
The structure of the human brain is intriguing. Tens of billions of neurons work on a time scale of milliseconds, and they can adjust their structure and function at any time. The complexity is no less than the universe. In the field of artificial intelligence, a group of scientists believe that only by understanding the structure and working principle of the human brain can we create true artificial intelligence. It takes at least 100 years to understand this "small universe," which allows artificial intelligence research to enter " "Winter," until the appearance of "deep learning" awakened it.
In 2013, one of the European Unionâ€™s goal of investing 1 billion Euros in launching the "Human Brain Project" was to construct a computational framework for neuroscience and brain research, and to learn the brain's model of information processing to create smaller, more energy-efficient computers. "Undoubtedly, human understanding of the brain will greatly affect the degree of development of artificial intelligence." Xu Tian said. However, some scientists believe that silicon-based artificial intelligence machines can never be "thinking" like carbon-based human brains.
Training professionals should not be relaxed
The field of artificial intelligence has become extremely hot. Last year, Baidu finally invited Dr. Wu Enda, one of the most authoritative scholars in the field of artificial intelligence, to serve as Baidu's chief scientist. He has a Baidu brain with 20 billion parameters and can learn and grow in real time. Technology giants such as Google, Facebook, Apple and Microsoft are also busy scrambling for leaders in the field. According to Xu Tian, â€‹â€‹Baidu translation robots capable of translating any national language are expected to come out this year. This is based on deep learning techniques that allow self-learning. In simple terms, the more samples, the more accurate the translation.
â€œThe era has already reached this level. If we donâ€™t do it, others will seize the opportunity,â€ said Wu Zhaohui, an artificial intelligence expert and executive vice president of Zhejiang University. Xu Tian also feels the same way. In his eyes, artificial intelligence is an interdisciplinary subject that integrates genetics, biology, and computer science. It also involves applications in image recognition, voice search, education, and biomedicine. There is no university in the world that specializes in cultivating such talents."
An exciting news is that Fudan University's brain-like artificial intelligence science and technology college is expected to become the world's first classroom dedicated to cultivating talent for artificial intelligence. Xu Tian said: "We are not lagging behind in the wave of artificial intelligence that has swept the world."

As hand belders, customes have many choices, they can buy only hand stick blenders, Hand Blenders 2 In 1 or full set Hand Blenders 4 In 1. Regarding hand Stick Blender, you can choose plastic stick or stainless steel stick.

One or two speeds control