Samsung Galaxy Note 7 had several fire explosions shortly after its release. Unfortunately, after replacing the "safe battery", the "repaired version" Galaxy Note 7 still did not escape this spell, and Samsung had to announce the recall. The equipment was discontinued. This large-scale recall event not only sounded the alarm for the industry, but also prompted scientists to conduct more in-depth research on battery failure. An article published in the Journal of The Electromechanical Society traces and analyzes what happened to the battery before the fire exploded through X-ray scanning technology. 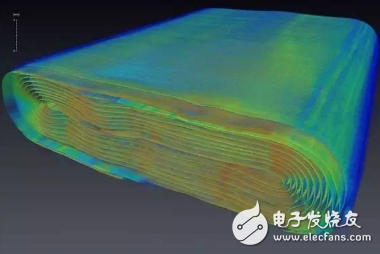 The researchers performed rigorous tests on conventional batteries (including charge and discharge and overcharge) and X-rayed them after each step to illustrate the process of generating an accident.

It can be seen from the image that the failed battery will show signs of "occipital protrusion", which may eventually lead to fire or explosion. The top picture below shows the scan of the normal battery (a), and the middle is the same battery (b) that has been tested. 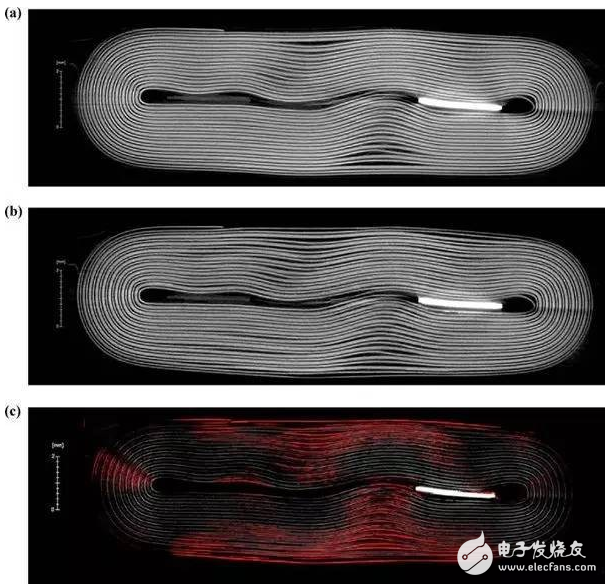 (Fig. c) It can be clearly seen that there is a large amount of air generated between the interlayers, especially where it is already particularly vulnerable. The reason is that after the electrolyte turns into air (usually after overheating, overcharging, or long periods of inactivity), the battery expands.

A swollen battery can generally be scrapped directly, but if the "occipital process" is not obvious, it can continue to be used unsteadily for a period of time, but pay special attention to overheating or tightness, which may cause serious consequences.

Explosions due to rapid expansion depend on various aspects of the product, such as the casing packaging material. If the situation is lighter, it may just be a little bit of a bulge; but if it is serious, the consequences will be unimaginable.