Now CRT (female ray tube) TV is gradually being replaced by LCD TV. At the same time, the number of home purchases is also steadily increasing. Today, the average US has 2.4 LCD TVs per household, which is much larger than that of each family owning a CRT TV in 1990. Average number. Although the power consumption of each LCD TV is declining year by year, the increase in its popularity has increased the total TV consumption of each household year by year. In household appliances, LCD TV has become the main consumer of electrical appliances immediately after the refrigerator. .

Therefore, a series of LCD TV energy-saving standards came into being, the most stringent of which will be effective on May 1, 2012, the EPA Energy Star 5.0 standard, especially for large-screen LCD TVs above 50 inches, mandatory The upper limit of the energy consumption of the 108 watt usage mode. For the first time, the Energy Star energy-saving standard regulates the absolute energy consumption of TV, which is different from the previous relative standard corresponding to the screen size. 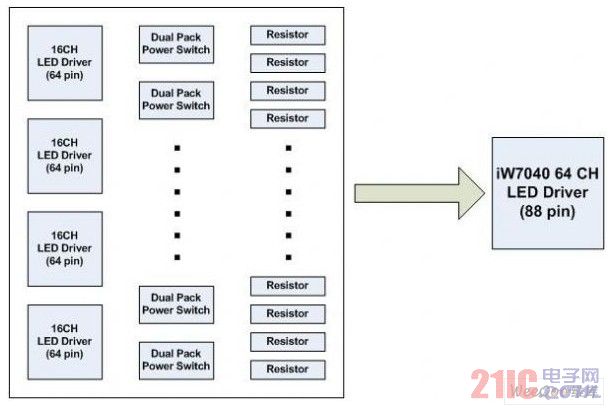 In the past 10 years, we have witnessed the development of the signal processing path of LCD TVs: multiple functional modules are gradually integrated into a single chip, and the energy consumption is gradually reduced while rapidly reducing costs. Similar developments and innovations have also occurred in the power supply path of LCD TVs in recent years. Among them, the most important unit function of LCD TVs is the LCD backlight which exceeds the total energy consumption of LCD TVs by more than 60%.

Just as the backlight of a notebook computer has basically completed the conversion from CCFL (Cold Cathode Fluorescent Lamp) to LED backlight in the past 2 years, the conversion of LCD TV backlight will be completed in recent years. Its main energy-saving effect is derived from the photoelectric conversion efficiency of LEDs higher than CCFL, and with the rapid development of LED luminescent materials technology, its energy-saving effect will become more and more obvious. ? With.

The most direct LED backlighting method for LCD TVs is to follow the LED backlighting scheme of the notebook computer. The LEDs are arranged in a row and placed on the upper and lower sides of the LCD display. In this way, the advantages of low cost and slim size of the notebook LED backlight can be retained on the LCD TV, and the existing production lines and processes are retained and simply extended to a considerable extent, especially for small and medium screen LCD TVs. , is an effective program. In order to further reduce costs, even the single-sided LED backlight scheme has been adopted in small-screen LCD TVs.

Figure 2: Side dimming and direct down area dimming

After the LED-backlit TV of the Edgelit enters the market, it is widely favored by the market because of its slim and popular style, which further enhances the market position of LED-backlit LCD TVs and caters to price-sensitive Customer group needs. At the same time, from a technical point of view, the scientific and technological personnel used the fast photoelectric conversion speed of LED to invent the local dimming technology, combined with the side-down or direct-lit LED backlight structure to divide the whole screen image. It is a 1D or 2D area, and dynamically adjusts the brightness of the area LED backlight according to the content of the displayed image in each area, which greatly improves the image contrast and color saturation, and further reduces the LCD TV energy consumption while LCD The image quality of TVs has improved far better than that of CCFL TVs and PDP (Plasma) TVs, catering to the needs of a customer base that is sensitive to image quality.

iWatt is a technology leader in the field of LED area backlighting. With its years of successful experience in digital power supply and its leading position in the LED lighting and smart power market, iWatt has extended its digital power control technology to LED backlight applications for LCD TVs. . iWatt's original adaptive smart patent technology can automatically detect and compensate for the LED voltage drop (VF) mismatch, making it possible for many channel LEDs to share the same power supply, and combining the powerful functions of its digital power supply to solve the well-known high voltage switch and The integrated heat loss problem of the rectifying resistor. In 2010, the world's first 64-channel fully integrated LED driver chip was introduced, replacing all the functions traditionally required to use four 16-channel wafers, 32 dual-package high-voltage switches, and 64 current-sense resistors. The total number of key devices is reduced from the original 576 pin to the only 88 pin (Figure 1). At the same time, its powerful SPI programmability makes the chip suitable for both side down and direct type. Regional dimming (Figure 2), while providing high-quality, low-cost LED backlighting, further reduces the energy consumption of LCD TVs, providing customers with the lowest cost and smallest LED backlighting solution.

If the world's 170 million LED-backlit LCD TVs are expected to be sold in side-down or direct-down area dimming in 2012, it will save 30 megawatts of power, enough to supply 10 months of total electricity for all families in New York City. the amount.

It's Made of Recycled Paper: The molded paper pulp enclosure is made from 100% post-consumer recycled paper. It's renewable, biodegradable, lightweight, cheap, and durable enough to ensure that each tab should last for many uses.
We have been using molded paper pulp in packaging projects for a while, and were impressed with the low cost and design flexibility. This seemed like a great opportunity to upcycle the material into a tech product enclosure. And the ability to perforate and tear the material makes it a natural choice for a tear-off thumb drive concept.
An Easier Way to Share: As product designers, we frequently run into problems sharing presentation and CAD files with clients. Because they often have firewalls, or might not be tech savvy, cloud sharing isn't always the best option. Burning DVDs is slow and impractical. And no one wants to leave behind their trusty (and pricey) 64GB thumb drive. We saw a need for a smaller pack of drives that could be shared and even left behind with the client.