An ordinary HDMI cable, 19 PIN pins, but witnessed the outbreak of the new era of audio and video! HD eye-catching, bass ear. You are not listening to Wang Yunxiâ€™s "Your Eyes", maybe just reminiscent of Tsai Chinâ€™s smile. HD flew into the home, in just five years, an HDMI HD cable easily abandoned the old red, white and yellow AV line! Discard VGA lines with only images but no sound, and discard non-mainstream DVI lines!

Computer connected TV, surround sound, high-definition projection, 3D, etc. slowly become the theme of home audio and video, even if you do not start high-definition theater, you need to plan ahead. In the projection industry, in the KTV room wiring, the hotel's advanced training room, 4K * 2K color requirements, 60 Hz magnetic, wiring requirements are also demanding.

However, Baidu knows that Baidu, Soso Q&A, Wiki Q&A, the most you ask is: How to route HDMI?

Taobao on 9 yuan a 1 meter HDMI cable, the country can be picked up everywhere, short-term copper clad steel or unshielded wire core, the naked eye does not see the quality of the hard injury. But what about the long line? Once the wall is buried, the wall will be buried for life. Its huge body drive will make all engineering workers have a headache!

Don't worry, Dingli Xiaobian, we use the most straightforward question and answer method to answer your questions one by one!

Question 1: How to plan wiring?

A: The wiring should be forward-looking and planned in advance. It is recommended to use the following equipment flexibly.

A, HDMI splitter (one signal, multiple simultaneous display, mostly used for engineering; 1 in 2 out, 1 in 4 out, 1 in 8 out, etc.; such as supermarket TV display, KTV multiple screens, training room with screen)

C, HDMI extension cable or extender (used for wiring, can meet any combination of 20-100 meters)

Can refer to the following case

A: 3D, 1080P, Ethernet, one can not be less. The best is HDMI1.4, HDMI1.3 version second, 1.1 do not take. 3D: 3D depends on the terminal device such as a TV, so it is generally supported as long as it is a standard HDMI cable. The latest HDMI2.0 version is released, and the device terminal is also mainly regulated. The original HDMI cable is compatible.

The main difference between 1.4 and 1.3: Ethernet channel. For example, most HDMI network extenders are version 1.3 and do not support network transmission.
1080P resolution: Individual cable, can be 1080i, but can not get 1080P, because the speed and transmission area are not reached, you need to change to a more suitable cable. 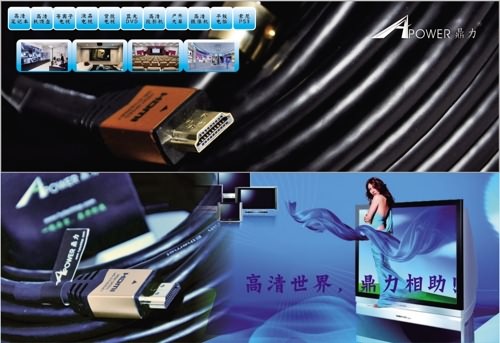 Question 2: How to route? Underground or in the wall?

A: The ceiling is the best for the ceiling, carefully buried in the wall. If embedded, embedding one previously tested (as described later in the full test commonly recommended), the second is to select the appropriate length of the core according avoid future splash screen / screen Red / White spots / noise or the like, hit the wall of revisions Serious injury can not afford. The projector is usually installed on the top of the living room. Even if the source is placed between the TV cabinets, the HDMI cable passes through the back wall from the floor, until it reaches the ceiling, and then extends to the center of the living room to connect to the HD projector.

ã€noteã€‘
ïƒ˜ 1, HDMI extension enhancement cable uses direction indicator. IN is the input, connected to the signal output, such as projection, DVD, computer. OUT is the output, the signal receiving end, such as HDTV. On the contrary, the black screen has no display. 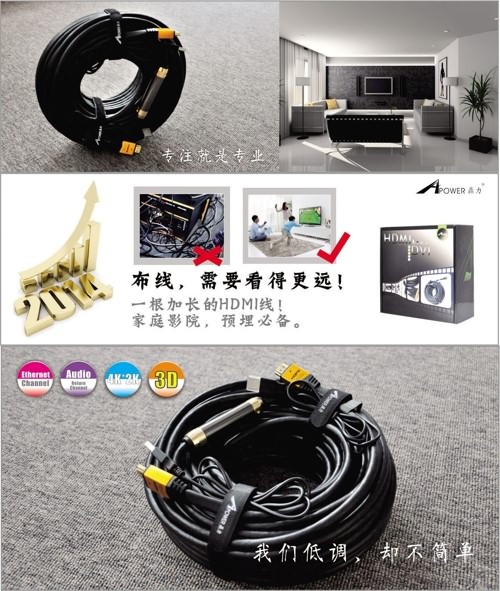 The network cable is twisted pair, and the cable is required to be shielded.

Advantages: The network cable connection technology is mature, it replaces the HDMI cable and is easy to bend. However, the wiring is relatively complicated, requiring the same length of the network cable, and the tail needs to be equipped with a power supply.

Advantages: Single cable wiring is more compact, network cable replaces HDMI cable, easy to bend, and economical. However, the wiring is relatively complicated, and the tail needs to be equipped with a power supply. 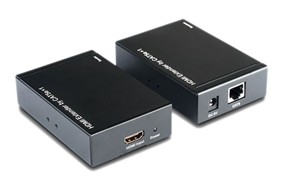 Question 3: What is the attention of embedding?

Answer: When HDMI wiring, the HDMI connector should be protected to avoid excessive bending and conform to the natural winding of the body. More than 90 degrees, bending and twisting the body multiple times will result in high frequency damage and lower resolution. 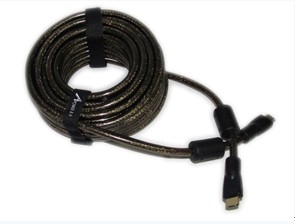 Question 4: Is the HDMI cable purchased or finished on site? If it is a finished line, how can a large head fit into the line?

A: Please choose the finished product line as much as possible. The width of the HDMI header is generally 20*10MM, and the tube within 30-50MM can be selected. When embedding, you can choose a corrugated pipe with a foreign opening, or cut the pipe and seal it. Each HDMI cable of Dingli not only has to use the special electrical measuring machine for engineering, but also to measure the standard TV above 1080P, use 60 Hz magnetic, test 3D effect, naked eye effect, confirm no flower screen / splash screen / noise. A good cable HDMI plug, with a gold-plated plug with strong insertion force, is not easy to oxidize and prolongs life. If you need to weld, it is best to ask a professional, and contact the manufacturer to provide the corresponding drawings, pay attention to no solder joints, uneven solder joints, PIN pins are too dense and easy to short circuit.

Question 5: How does the HDMI connector extend out of the wall?

A: full recommended to use recess panel, a following FIG. You can also use the HDMI panel. The principle is to have an HDMI adapter in the panel, as shown in Figure 2. LCD large screen multi-wall hanging type, requires thin space is limited, you can use HDMI bending straight cable, or bend straight connector, as shown in Figure 3. ( Dingli long-term has a gift!)

Question 5: What kind of HDMI cable is a good line?

A: Choose the right brand, such as Dingli , Akihabara and so on. Long-distance transmission, when transmitting 1080i or 720P signals, the difference is not big, but when transmitting 1080P signals, the requirements on the wires are very demanding. If the quality of the wires is not good, the screen jumps, the large erythema phenomenon, and the signal is no signal. .
How to choose the best HDMI cable? Dingli is a senior wire factory and gives some suggestions. The depth is determined by the viewer.

Wire is used, don't pay too much attention to appearance. Some are super thick but very hard, and may only be thickened by PVC; the effect of adding nylon mesh is originally used for fire prevention, but it has become a practice of covering up non-environmental renovation materials. The so-called golden jade is ruined outside. Dingli 's cable home series, with transparent bronze color, can be seen full of shielding, high-end without losing the style.

The engineering line is divided into the following according to the length: (28/26/24 is the international standard copper wire cross-sectional area comparison, the smaller the number, the thicker the copper wire, the better the effect, the signal flow path runs faster.)

Don't look at the face, look at the lining. Many lines look thick, but the PVC is thick, and the flesh is still a thin white bone. Have the following picture analysis. Dingli 's HDMI cable uses the standard version 1.4, five pairs of four cores plus ground wire (1.3 version is 4 pairs of 5 core wire). The real role of the ground wire is: diversion and anti-interference. The five sets of internal ground wires are used to divert excess internal signals, and the peripheral ground wire and braided, aluminum foil, PVC and other shielding layers help to resist external signal interference. The visual subtle difference is not easy to see with the naked eye in the short line, but the long line will produce white screen, flower screen, noise and so on. Many manufacturers have named ground loss as non-standard. Listen to its famous name, simple version, fake or not, although not like milk powder will become a big doll, but a customer's sigh may make you become a big doll!

Third, look at the shield

A look at the weaving. The material used for weaving is critical: tin-plated copper is the best, and aluminum is the second. If not, the cable is easily disturbed by external signals. Our powerful cables, from USB to VGA to HDMI, are shielded with transparent braids, which is nothing more than a gimmick: sell a transparent conscience line. The meaning is: See if our shielding is so good, will the core wire be used poorly? However, the engineering line is also returning to the low-key black, the standard printing of the line is HDMI1.4 24awg.

Li Ka-shing has shaped a generation of plastic flowers to replace the legend of real flowers, then you should also believe that because of the multiple plug-in of the HDMI plug, the high-temperature continuous use environment of the equipment, the appropriate PVC can replace the luxurious but easily cracked metal head. What you should pay attention to is: the number of PVC in the wire body and the thickness of the copper wire determine the soft hand. The gold plating degree of the plug determines the oxidation resistance of the gold-plated head, and the life of the line is the same as the Chinese. Old habits, seeing is believing, hands are true. 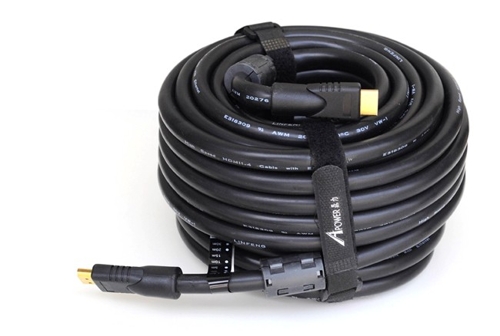 It must be tested before renovation. The quality inspection report provided by the supplier is certainly credible. But you should trust your eyes.

The easiest and quickest: Select the HDMI source to play the dark scene for 20 minutes, 60 Hz, 1080P, observe whether there are white spots, noise, splash screen, color cast, and prohibit excessive use of the remote control during the test.

1. Interface hot plug reliability: When the disc player and the receiving end are working, the HDMI interface is plugged and unplugged, and the devices at both ends are working normally, and the audio and video functions of the HDMI output are normal;

3. Interface plug-in life test: HDMI interface is plugged and unplugged multiple times to test the life of HDMI interface; judging standard: the audio and video signals of HDMI can be output normally when the hot plug is received, and the source system still needs to work normally;

Don't get caught up in whether you support 3D. Because 3D is determined by the device terminal, a version 1.3 non-standard line can also be supported.

Do not let the business promise, is a certain brand of genuine. And just one sentence: If you can't use the wall, what do you do?

Don't look at Baidu's knowledge, post it, there is a flood of advertising.

As the truth you should know about consumption.

To facilitate the understanding of everyone, especially the full extend and enhance cable attached drawings: 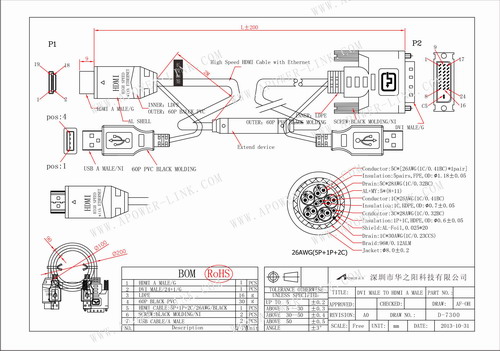 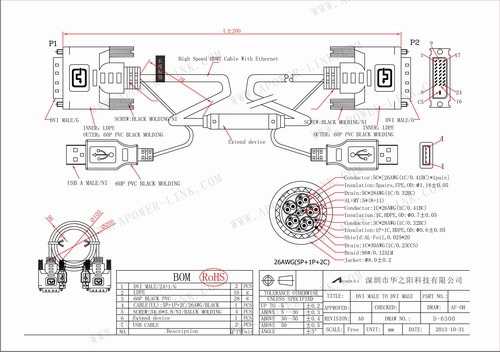 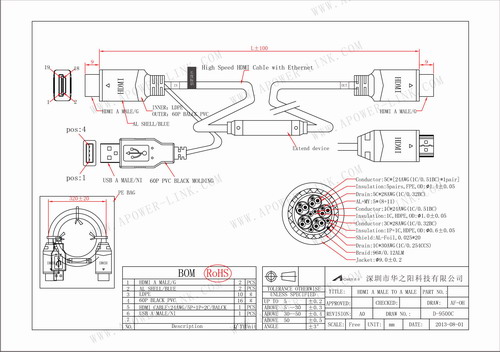 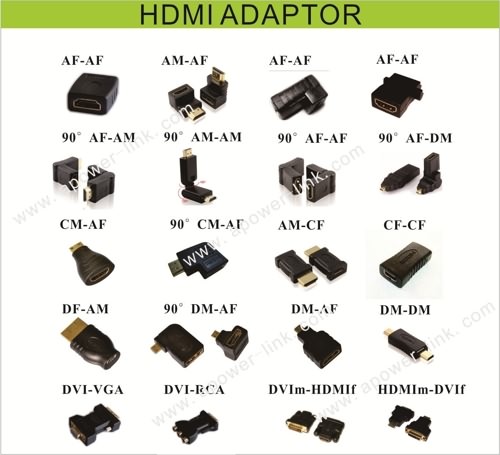 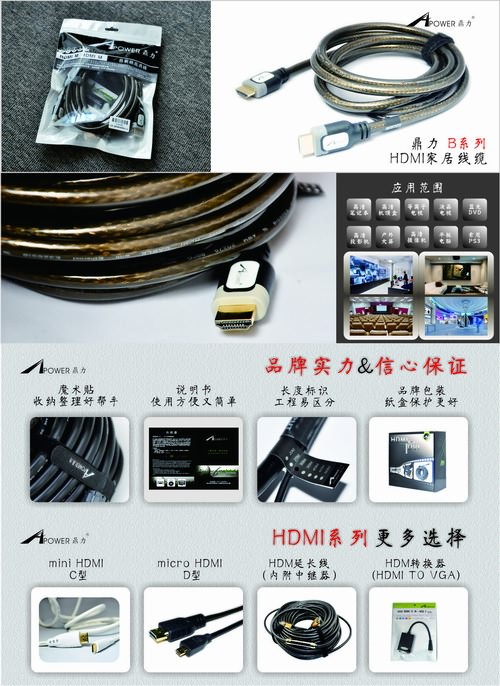 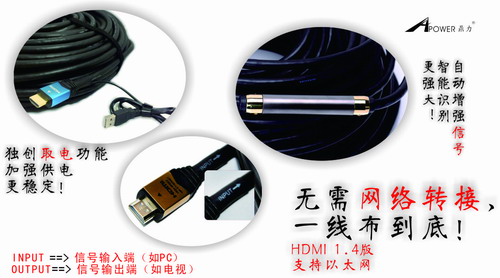 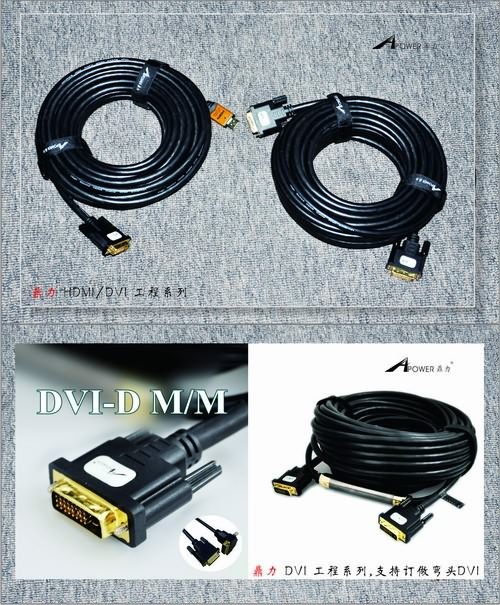 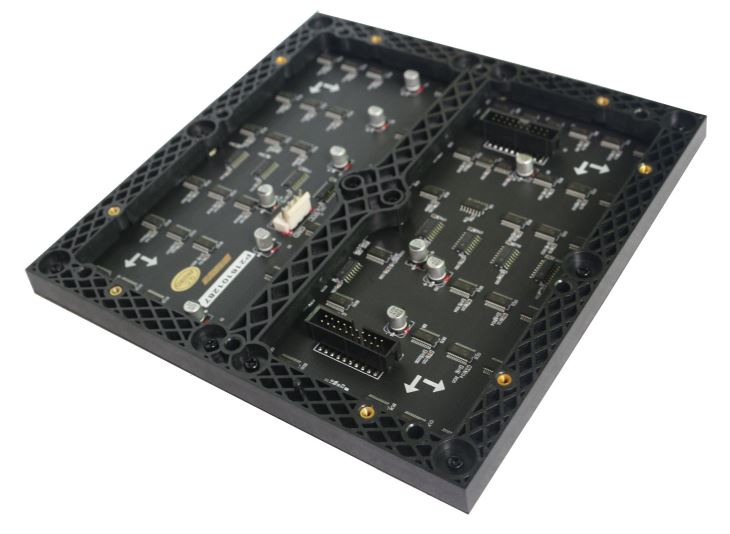